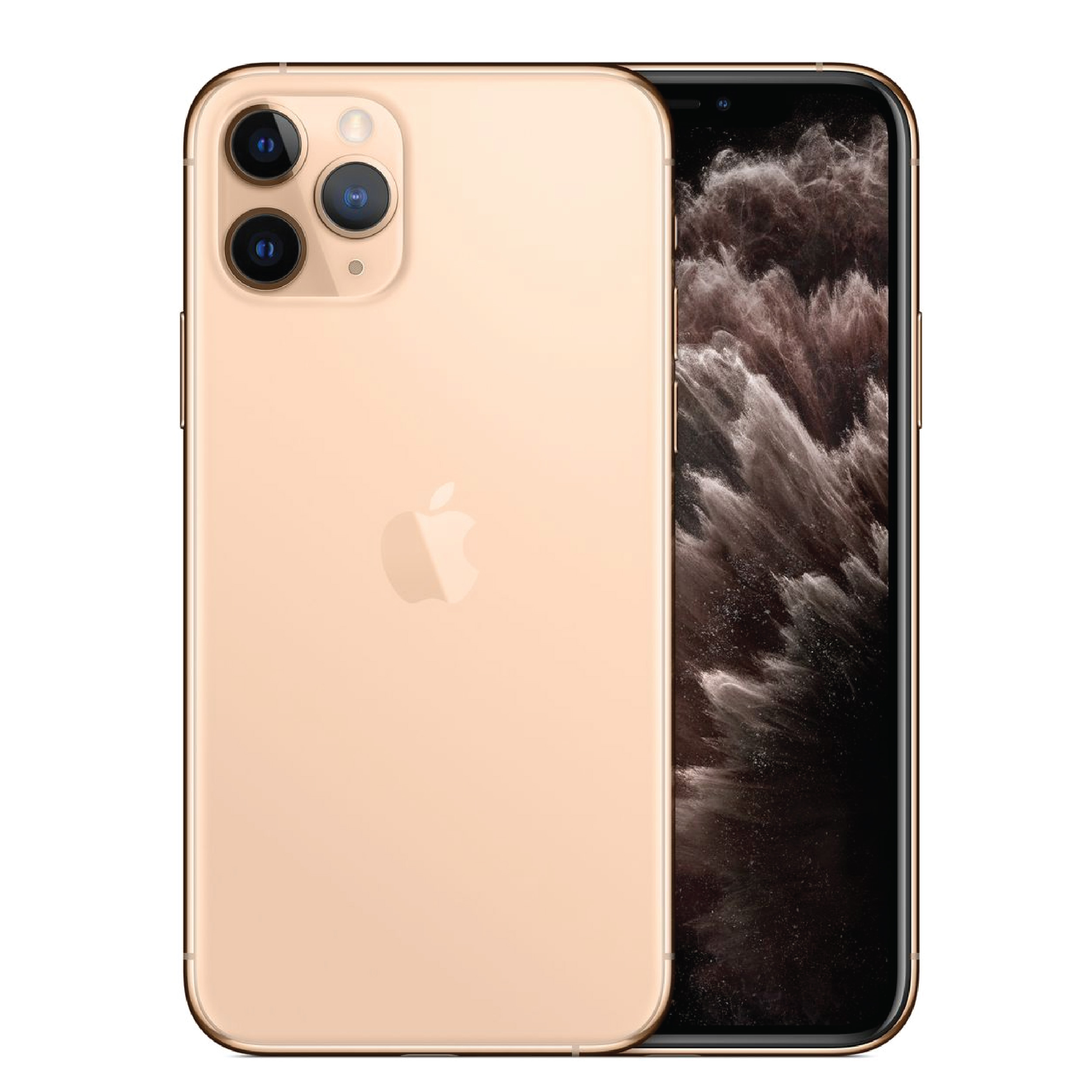 The Apple iPhone 11 Pro has a recommended retail price of 76,000 shillings. The iPhone 11 Pro smartphone is available in the colors of Matte Space Gray, Matte Silver, Matte Gold, and Matte Midnight Green. On the rear is a triple-camera set up while on the front is a single selfie and SL 3D. This smartphone is propelled by a Hexa-core (2×2.65 GHz Lightning + 4×1.8 GHz Thunder) processor while iOS 13, upgradable to iOS 15 runs it. It comes with 5.8 inches Liquid Retina IPS LCD screen and is powered by a 3046 mAh battery. Buy Apple iPhone 11 Pro online at best price in Kenya at Zuricart

iPhone 11 pro is a head-turner with its looks resembling iPhone XS and iPhone XS max. It has a richly detailed OLED display that covers the front apart from the True Depth Sensor. It sports a newly frosted matte finish at the back which gives out a subtle change from the smooth reflective glass that was seen on the likes of iPhone models such as iPhone 11 and iPhone SE. It is easy to grip the phone while hiding the smudges and still happens to be one of the best iPhones.

The True Depth camera notch is still featured and still looks funky while featuring a triple camera setup. There is a similar black frame around the display which is narrow and all-round in all versions including the silver and gold ones. This is different from earlier models that had a white frame especially in iPhone 11. The stainless steel frame appears similar to the iPhone XS but is different from iPhone 11 which is an aluminum edge. The frame has been tinted perfectly to complement all appropriate details which make it have a neat detail.

The back of this model is what sets it apart from the iPhone 11 Pro. There is a matte-finish glass that looks and feels great while being durable. One part of the back is glossy whereas the areas where the cameras sit are slightly raised with curved edges. This is reverse to iPhone 11 which comes with a gloss back apart from the matte camera square.

The 5.8 inch is larger than that of the iPhone SE which has 4 inches but is smaller than those of the monstrous 6+ inches that are spotted in iPhone 12 and iPhone 12Pro. The OLED display is eye-tracking while being pin-sharp and having a 458PPI resolution which is higher than the lower-priced iPhone 11. Despite having an unchanged screen size, the display has been reworked and is brighter especially when being used outdoors.

Dolby Atmos is also featured in iPhone 11Pro Max and is great for the times which you won’t be using your powerful AirPods.  Lastly what sets this display apart from the others is its impressive color accuracy that is recognizable with what is visible in real life. Video playback is also smooth and bright.

The real selling point of this device happens to be its camera. As much as brands such as Huawei have tried to overthrow Apple in the camera segment especially through Huawei P30 Pro, Apple has still managed to beat other devices through the iPhone 11Pro which has photography virtuosity. The three rear cameras give out an admirable combination of great ease of use, sharp lenses, and remarkable software.

We have to give a thumbs up for the camera’s pitching point which includes capturing the right moment and making it appear stunning. The camera setup includes a wide lens,2xtelephoto an ultrawide lens. Although it is not as versatile as Huawei P30 which has a 5x optical zoom, it still brings about a new and fresh twist.

The telephoto lens brings out the display at the sides while the wide lens offers the ultra-wide view at the edges. The wide and ultra-wide lens is similar to that of the iPhone 11 but there is no optical zoom with the available option being switching to the 2x and 0.6 zooms through switching lenses. It will be ideal to use each lens without having to zoom in.

Ultra-wide lens is particularly useful with multiple lenses creating outstanding bokeh effects when the background is blurred and the subject is under sharp focus. Portrait lighting effects have improved and offer perfect black and white studio effects. The camera interface is improved so as to reveal extra menu options.

Did I hear anyone say Selfie! Well, it’s always selfie time with the 12MP front-facing camera which comes with a wider field of view. Turning the phone to landscape orientation will automatically make the camera to automatically choose the wider view. The newly introduced slofies is also a bang as it allows slow-motion selfie videos that are shot at 120 frames per second. Deep fusion has also been included and acts as an auto-on feature. Shooting images even in dimly lit environments is good and offers great detail which beats the regular HDR effect thus upgrading your photos.

We just have to agree that iOs 13 was one of the greatest things ever that were introduced to Apple lines. This device comes with the same chipset as the rest of the iPhone 11 product lines and has the same prompt performance even in intensive tasks such as gaming and video editing.

The processor is impressively fast and allows apps to launch quickly and instantly respond when in use. Worth noting is that the splendid 3D Touch effect (subtle haptic feedback)that was seen in iPhone X and iPhone XS is missing. Instead of this, users get the Haptic Touch that works differently.

Despite the device being shipped with iOs 13, it has received 3 updates and now stands at iOs 13.1.2. The dark mode is one of the new features that have been included as it switches the interface to white text. It creates a battery benefit thanks to the OLED screen that makes white text to be more power-efficient. Other benefits of the updated iOs include: being able to long-press control center buttons so as to open quick connectivity options.

Cut down on the stress, Relax as iPhone 11 Pro will last you up to more than a day even with heavy use. The iOS 13 low power mode also extends the battery life once enabled. There is a noticeable increase in battery longevity as compared to iPhone XS though the iPhone 11 Pro Max does last longer than the rest.
The other big deal has to be the 18W charger as well s the lightning USB-C cable that is included in the box. The device can easily go from 0 to 50% in just a matter of 30 minutes which is a huge difference from the previously featured 5W charger that was quite slow.

No! you don’t have to get a heart attack because of that coffee spill or an accidental slip of your phone in a glass of water. The phone is water-resistant to IP68 standards of up to 4 meters and for a maximum time of 30 minutes. This is quite an improvement from iPhone XS which stood at 2 meters less deep.

Traveling upcountry or going for along journey? don’t worry just download all those favorite jams and games as iPhone SE comes with 64GB ROM for internal storage of your Apps, games, videos, music, and documents. This eliminates the need to frequently free up space from your device. You can store more and delete less of your favorites. The size is similar to that of the iPhone 11 Pro and iPhone X.

Similarly, to iPhone 11, iPhone 11 Pro max comes with a face ID which makes unlocking your phone much secure. It, unfortunately, lacks the fingerprint sensor that was seen in iPhone SE but still makes a good bargain as it uses 3D facial mapping which is quite fast and efficient.