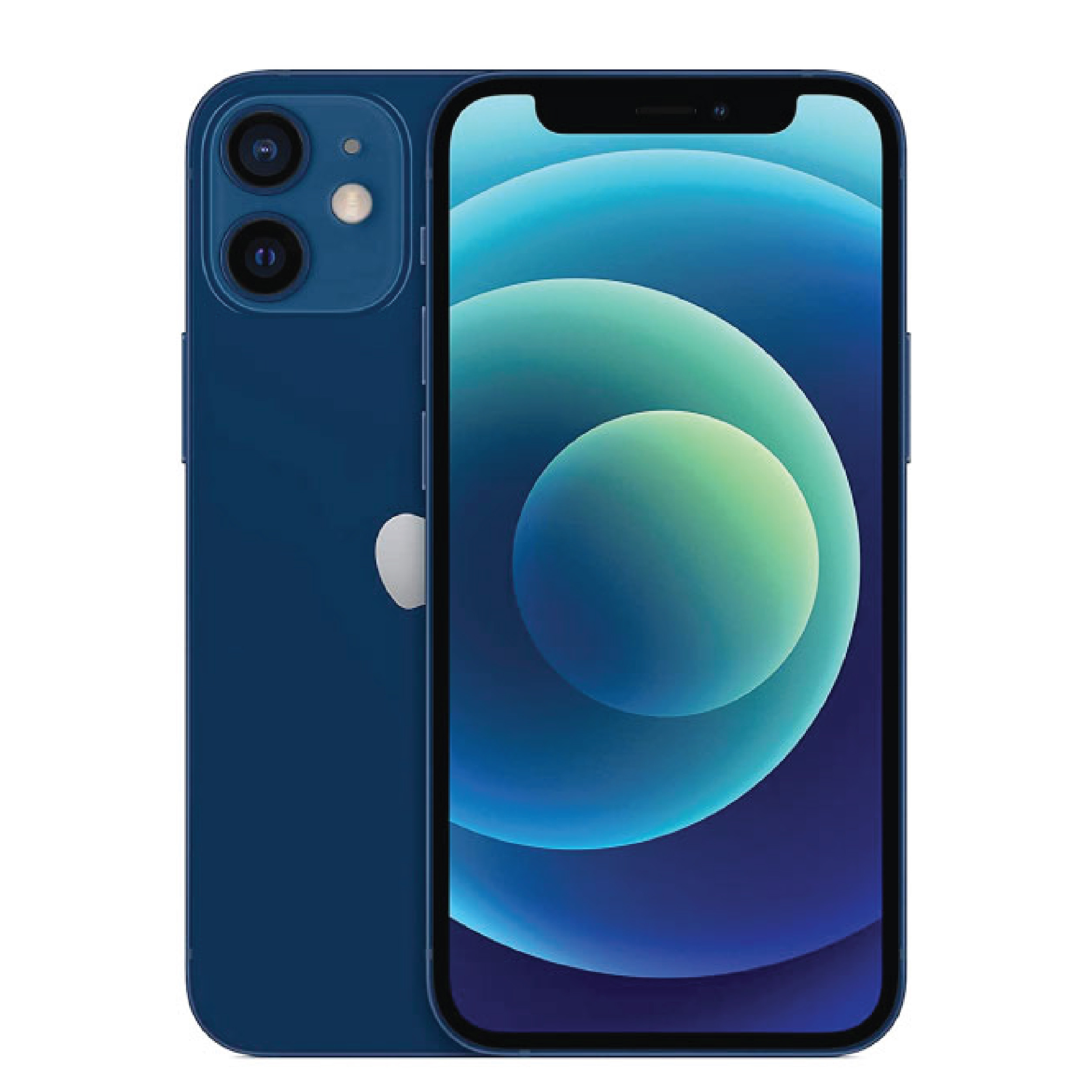 The Apple iPhone 12 mini has a recommended retail price of 80,000 shillings. The iPhone 12 mini smartphone is available in the colors of Black, White, Red, Green, Blue, and Purple. On the rear is a dual-camera set up while on the front is a single selfie and SL 3D. This smartphone is propelled by a Hexa-core (2×3.1 GHz Firestorm + 4×1.8 GHz Icestorm) processor while iOS 13, upgradable to iOS 15 runs it. It comes with 5.4 inches Super Retina XDR OLED, HDR10 screen, and is powered by a 2227 mAh battery.

Launched on 13th October 2020, iPhone 12 Mini is amongst the quad iPhone 12 series that comprises of iPhone 12, iPhone 12 Pro, iPhone 12 Pro Max, and iPhone 12Pro. It comes with a 5.40inch touchscreen display and a resolution of 1080×2340 pixels. It can support wireless charging as well as fast charging. The camera setup comprises a 12MP primary camera and a second 12MP camera that has an f/2.4 aperture. The rear camera has autofocus while the front camera sports a 12MP camera that is used for selfies.

The dimensions of the device are 131.50×64.20×7.40 mm while the weight is 135.00 grams. It is based on iOs 14 and comes with 256GB of inbuilt storage and 4GB RAM. It comes in shades of Black, Blue, Red, Green, and White colors and features an IP68 rating for dust and water protection. Available connectivity options include Wi-Fi 802.11 a/b/g/n/ac, GPS, NFC, and Bluetooth v5.00. The security options include face unlock with 3D Face recognition.

There is usually a good feeling that comes with carrying along with a device that has a premium look. This is the sort of feeling that you will get with the iPhone 12 mini with its design being reminiscent of the iPhone 4. The phone comes with a more durable build that makes it look and feel modern. The device has the same flat-edge matte aluminum design that is similar to the iPhone 12.

The back has glossy glass while the display is flat and is protected by an Apple Ceramic Shield material which improves shatter resistance. It also comes with Ip68 that enables it to withstand up to 20 feet of submersion into the water for up to 30 minutes. The back of the phone is where you will spot the Apple new Magsafe system that can be used for wireless charging. The rear part has 12MP cameras with optical image stabilization and is found on a square housing. The apple logo is spotted at the center of the back part while the front features a Super Retina XDR display and hosts the 12MP camera.

The phenomenal screen that is found in the iPhone 12 mini is one of the best that has been seen on an iPhone. The company has for the first time brought the super Retina XDR OLED technology. The resolution is higher than that of the iPhone 11 and matches that of the Redmi Note 7 Pro. The screen is 5.4 inches and enables you to comfortably reach all corners when using the phone with one hand. The resolution further works out to 476PPI with pictures being crisp and clear.

Even the smallest iPhone 12 benefits from the dual-camera system that is found in iPhone 12 and iPhone 12 Pro. The camera setup can be closely linked to that of the iPhone 11 but several tweaks come along. One can find the 12MP standard camera with its f/1.6 lens being able to give out a 27% increase in low light performance while the optical image stabilization system being able to deliver 5000 micro adjustments per second. The sensor can capture 4K HDR videos at 60 frames per second.

Enjoy selfies and video calling with the 12MP sensor that gives out an impressive quality while Portrait mode works well thanks to the 3D depth sensor. The ultra-wide lens can produce a wide lens as compared to Pixel 5 and pulls in more of the surroundings. The camera controls all distortion and results in an image with more color and deeper contrast. Low light performance has been greatly improved while going from the f/1.8 on iPhone 11 to f/1.6 on iPhone 12 mini. It performs very well in dark settings while the Night Mode works well with both the rear cameras.

You will be more than amazed by how the camera can brighten the exposure while shooting in near-complete darkness and allow the photos to feel as though they have been shot in daylight. Portrait shots are doable as the phone alters the background to focus on your face through blurring or filling the background with a color.

Whether you are going through social media, gaming, or using the camera, iPhone 12 mini never drops a sweat thanks to its powerful processor. Similar to iPhone 12 Pro it features Apple’s latest chipset which is A14 Bionic and is one of the most powerful engines that the company has made for a smartphone. It can manage with a variety of multitasking activities including running graphically demanding games such as PUBG. It comes running iOS14.2 out of the Box while having all benefits of the latest OS such as home screen widgets and App Library.

You will enjoy up to a day of usage with the battery found on the device while the fast charging technology has been improved over the iPhone 11 thus giving you a 20W fast charging. It can be able to fill up in just an hour while the wireless charging and Mag safe fast charger are additional to the charging option.

Just as in iPhone 12 Pro you will be mindblown with the effectiveness of the fastest chip ever. Resilient as it is, the A14 chipset pushes all possible things. Talk about shooting in Dolby vision or performing trillion tasks in the neural engine, you are assured that the chipset got you! It is bliss when it comes to battery life and has been further made ahead of its time so it can tackle down anything that will be thrown at it over the next years.

The 5G frenzy is quickly kicking it and we have seen it on phones such as  Galaxy S20 Plus. Apple has not been left out as it goes all-in on 5G for the iPhone 12 series not leaving out the iPhone 12 mini. The device prepares you for the future as 5G transforms the device and gives it accelerated speeds and better performance. With it, you will be able to download huge files on the go or stream high-quality HDR movies with sufficient clarity.

The emojis featured are the real deal! Trust me when I say that they will just add that flavor to your chats. Messaging will be fun as the updated memojis come to play. (There is even a memoji with a face mask which is so cool… plus actually, the memojis look so real).

You are getting exactly what you vouch for with the iPhone 12 mini that has the same space as the iPhone 12 Pro. running out of space will not be a hindrance anymore as the phone comes with 4GB RAM and 256GB internal storage. With it, you will not only have enhanced performance but you will also be able to store all of your favorite content on your device.