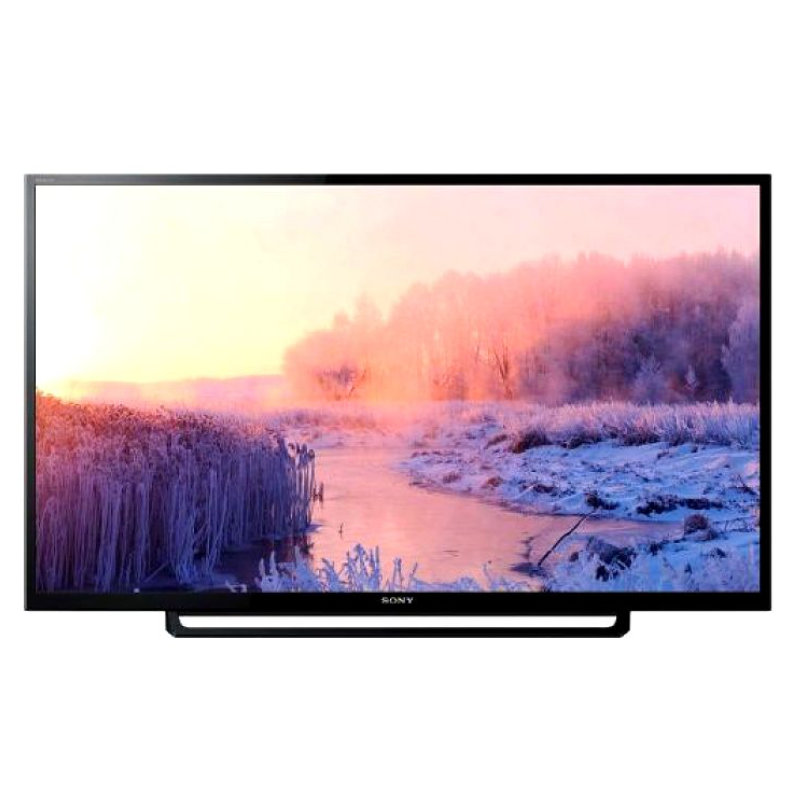 Door Delivery
Shipping KSh900.00
Delivery by 24 Hours when you order within next 20hrs 8mins

Pickup Station
Shipping KSh900.00
Pickup by 24 Hours when you order within next 20hrs 8mins

The Sony 32R300E 32 inch Price in Kenya is Ksh 28,000. This TV comes before Sony R350E and has a LED screen with a high resolution of 1366×768 pixels. This model comes in black and has several features that enhance its clarity such as Clear Resolution Enhancer, Clear Phase, and HDR.

Sony 32R300E has been largely made out of plastic. Furthermore, it has been designed in a manner that will have it blend in with any room. It comes with a slim profile and looks elegant. The TV comes in the shade of black and has thin edges and a thick back, especially around the middle rear.

It has thin discrete bezels that ensure that its view is fixed to the picture rather than its frame. Additionally, its stand is mold black and also has a decent finish. It is further incorporated with a small footprint for holding it firmly. Lastly, the neat cable set up gives room for the cables to be routed inside the legs.

HDR refines everything and will allow HDR ultra content from YouTube, Netflix, and other services can be viewed with clarity. The model handles several HDR formats including HDR10 and Hybrid Log-Gamma. It is also compatible with various gaming consoles thus promising to give users time of their lives.

The Motionflow XR works effectively through the creation and insertion of extra frames between already existing frames. It can have a comparison of visual specs on clear frames through calculating the instant second of missing action.

With this technology in place, viewers can enjoy smooth and sharp details in fast-moving sequences.

The Cinematic S-Force Front surround is a good boost to your TV’s audio as it allows you to have an immersive soundstage that pulls you into the heart of the action.

It mimics how the brain correlates around sound so as to create proper volume, sound wave spectrum and time lag through the speaker channels. By emulating sound fields, you instead get to have rich high fidelity audio that goes across a wider listening area.

X-Protection Pro will safeguard this TV in four different ways. It will keep dust away from your TV through the absence of ventilation holes. There is also the presence of a primary capacitor to keep your TV stable even during power surges.

Thirdly. the lightning protector will protect this TV against lightning strikes of up to 9000V. Lastly, an anti-humidity coating on wiring prevents short circuits caused by high moisture.

USB Super Multiformat play allows playback through USB, Screen mirroring supersizes content from your smartphone and displays it on the TV while Photo sharing Plus enables you to share photos and videos on the screen.

As a smart TV, this model will be able to elevate and broaden your entertainment through various benefits. It gives you access to a wide number of channels that offer movies, music and TV programs without connecting an antenna. You have the option of web browsing, gaming and accessing compatible media content.

You can further check out other Sony Smart TVs at Zuricart.

The power consumption of the 32″ while on standby is 0.40W and 39W while in operation. There is a power requirement of DC 19.5V while the Dynamic Backlight control and power-saving mode help to preserve power.